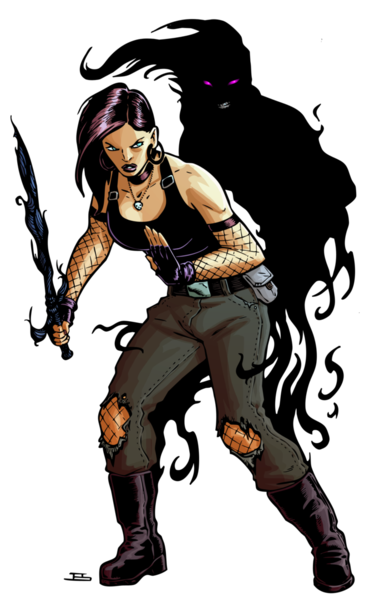 Unchecked magic running loose would mean a certain end to the world as we all know it, so the Hermetic Order was formed to keep the peace and to groom the future "Gifted". By doing so, they preserve the veil of the status quo between our "Gifted" realm from the "Ungifted" world, while forging the development of their kind.

The Hermetic Order are elected individuals chosen to govern and enforces the established laws regarding magic. These Senators represent their respective counties from across the globe.   Triumvirate is the official Senate Leader of the Order.  Also within the Order, they have established key positions, such as, the Praetorian (Guard), Arbiter (Judge), and Praecursator (Spy).

To help keep the peace, the Praetorian Guard conscripts other magic users to help aid in their cause. Compliance is highly relied upon as your community duty.  No one is exempt from their civic duty, not even a Senator.  Being uncooperative is thought to be troublesome.

It is a great honor to be selected for Mage training, because of the rigorous evaluations and vetting requirements.  The Order established these training facilities to ensure the proper training of fledgling mages. Some unstable individuals with the gift have been passed over for mage training due to their volatility.

Unknown to the general public, there are chaotic societies filled with magic, supernatural creatures, and other beings trying to establish themselves in the enchanted world and to promote their self interests regardless of the conflict that ensues. Meanwhile, many of the responsible magic practitioners do their best to shield the Ungifted from the reality of their existence to avoid a modern day witch hunt.  It is in everyone's best interest not to draw attention to their mystical world.

In Wicked Pacts players create magic users from various types of blood lines, from Pure blooded, half-blooded, Angel blooded, or Demon Blooded. Furthermore, there are a wide variety of magic training thus forging them into an archetype they can pick from in the game. Wicked Pacts features Talents, Complications, and a ton of Spells.

The game mechanics are designed to be fast and easy to learn, but not too easy it waters down the play and detail of the action. Wicked Pacts uses the regular polyhedral dice set and also what we call our Tarot Card element. Each character is linked to an Arcana card in a Tarot Deck. This card and many other cards can be used as fuel for the GM or the Player to affect various elements in the storytelling. 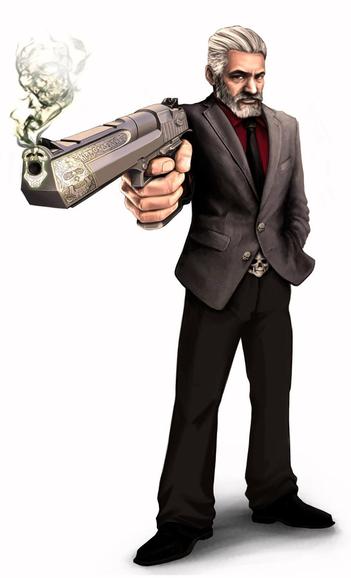 The Onyx Syndicate is a counter organization to the Hermetic Order. They are made up of the misfits and other spell casters deemed unfit, unworthy, and/or dangerous by the Order. At the start, the outcasts stuck together out of necessity, but as time passed some powerful leaders within the group became Power Hungry and Shady.

The Syndicate is ruled by a Count and his Council. In order to become the leader, one must issue a challenge for the seat then battle to claim victory for the title- Count. Needless to say, if you are the Count you have to be a very powerful mage.  The Council members manage the Count's territories and day to day business.

Due to the nature of the Syndicate's membership, it is necessary to have Soldiers and Recruiters working for the organization.  To keep the unruliness of the Syndicate members in check, they require Soldiers to have some semblance of control.  Also, Soldiers are perfect for the the grunt work and dirty deeds to get done, so the Council can keep their hands clean. The Recruiters are always on the lookout for fresh talent to bring them into the fold.

There is an obvious polarizing affect between the Hermetic Order and the Onyx Syndicate, so turf wars have erupted between them. Their battles are not a daily occurrence, because one of the Order's directives is to keep Magic from spilling out in full view of the ungifted's world. 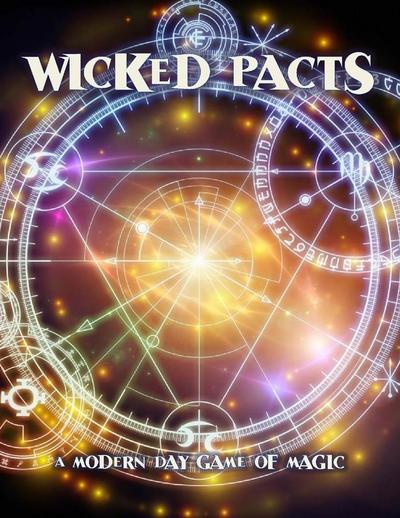 Check out the audio drama that has been produced and created based on the TTRPG.