The World of Wasteland Sagas
For nearly 50 years, the world has been engulfed in chaos.
Many chroniclers have speculated the world broke due to a string of atrocious events. Tales of nuclear bombs that went off because territories disliked one another. Stories of laboratory-engineered viruses and mutagens designed to destroy people. Mother Nature had enough of the parasites ‘inconsideration and exploitation, so she revolted against humanity.
The world was undone. Mankind crawled out of the rubble and ruin determined to persevere. It would be great to say people learned their lesson, but there will always be “Human Nature”.
Over the years a variety of types of sentient beings evolved or adapted to the new world. There were those humans who went underground when the shit hit the fan- “Bunker Babies”. They lived in community bunkers trying to wait out the carnage. The second generation of untouched humans recently emerged from their subterranean dwelling, and are just now finding out about the surface world. Some are hopeful that they will lead people out of the chaos.
Others untouched by radiation or mutagens are the surface-raised pure humans- “Topsiders”. The Topsiders are a sturdy breed because they have learned to adapt to a hostile environment. They are dubious of their bunker-raised fellow pure humans. However, they have accepted them into their society. Some Topsider settlements are apprehensive of other sentients inhabiting the land.
As the scourge swept across the world, killing most people in horrific ways, there were a small number of humans that experienced a transformation- “Mutants”. Some would say the new world is the real home to the Mutant. The mutations varied in degrees. Many have odd physical defects. A fortunate few, noticed in public society, gained interesting powers and useful abilities, however, with these gifts come negative drawbacks. Most mutants sans the special powers & abilities either feared the gifted ones or planned to exploit their gifts.
Last, but not least, are the “Androids”. Before the world fell apart, artificial intelligence (AI) was a reality, but in its infancy. The engineers created only a small number of Androids because they were still working out some glitches and/or bugs in their programming.  In the hearts of other sentients, there is a considerable amount of skepticism about the Androids. Did they bring forth the destruction of the world or did the Androids try to mitigate the ensuing damage?

The melting pot of sentients has created quite the interesting recipe for “civilization” in this new world. Some accept one another while working together to build a better future. Others are filled with mistrust, hate, and greed.  The core of mankind’s motivations has not changed; just the world and how it is laid out.
The new world in upheaval and chaos makes sentient survival challenging. The land masses are restructured. Waterways are not reliable. Residual radiation is prevalent. Mutagens are still embedded in the soil in some areas. Finding a safe location to rebuild is not for the faint.
Key components to surviving are at a premium. Clean water is tough to find. Vegetation is sparse. Shelter is limited. Due to the harsh conditions, there is always someone exploiting the situation.
The elders remember merchants, so they taught their tribes about a type of currency to conduct business. Many in the land have adapted to the ring system. Those knowledgeable in ancient lore called them washers. It was said to have been a critical component of the great machines of long ago.
Knowledge of technology has been lost.  There are remnants of ancient devices, so it does have mystery and value. The curious and enterprising sentients are rediscovering technologies and scientific theories, bastardizing them into something different and unique that works in their new world. A new image of the world is being built. These are the building blocks of Wasteland Sagas. 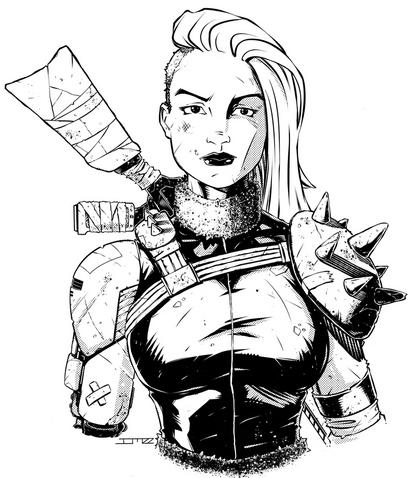 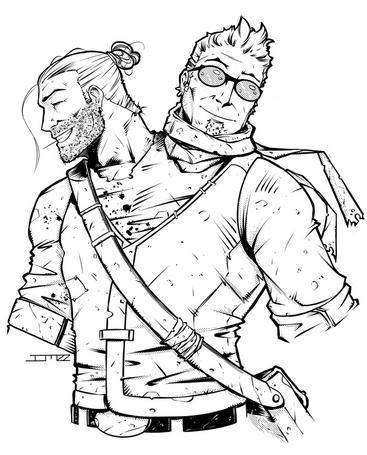 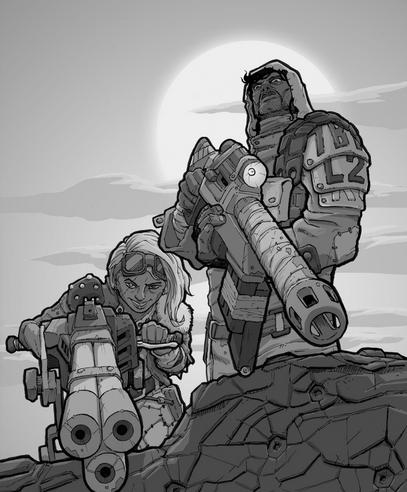 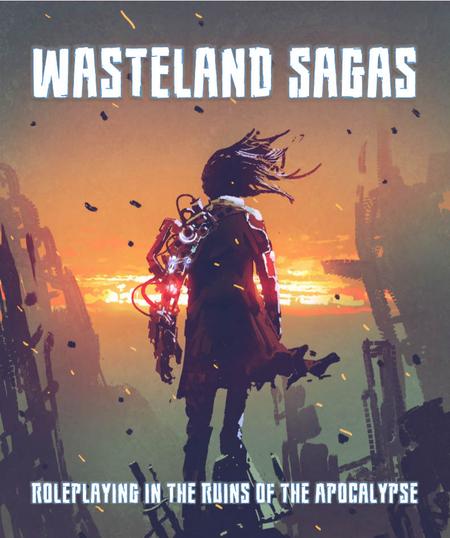 What is Wasteland Sagas?
Wasteland is a post-apocalyptic game where players create characters that are trying to survive and make a difference in the world.  It takes inspiration from games like Gamma World and Fallout and mashes it up in a fantastic homage.  The game mechanics are fun, fast, and easy to learn. The game takes place 50 or more years after a worldwide meltdown. The details vary depending on who you ask. Our world certainly went down the crapper and fast.
It is believed that there were nuclear explosions, biological weapons, pandemics, and natural disasters. Pretty much if it was something terrible that could happen, it did. Civilization was given the one-two punch and it has been limping on since then. The world is in chaos. Over time mutations have sprung up. Science has been either lost and rediscovered or bastardized. Hope seems bleak, but not completely gone.
This is where the characters come in. They are the ones who are rising above the ashes and trying to build something better for themselves and hope for mankind.

Roleplaying in the Ruins of the Apocalypse