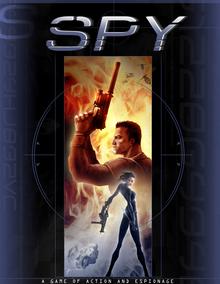 Pirates of a Shattered World

Looking for one of our books in print or pdf? Look no further, we have them here. If you ever have questions or recommendations we would love to hear from you. We accept payment by Paypal. Thanks for your support and enjoy our games.

A massive worldwide epidemic occurred 3 years ago in the Pathogen:  Unclassified world.  Parasites have infected the majority of earth's population leaving the victims either crazed mad flesh eating monsters, mental drones to a hive mind plotting for an unknown purpose, or unfortunate survivors.  Our societies have fallen into a unimaginable pit of despair.

The corporation Gaia Life Solutions has stepped up to be our savior or are they mankind's doom?

We have created game rules and mechanics to fit the world of Pathogen:  Unclassified.  Also, the player's community have characteristics as well, so you will see how it adds complexity to the story. 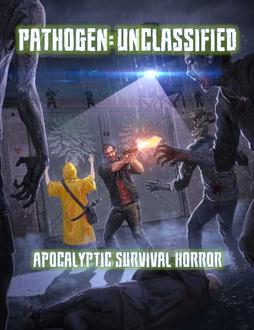 Unknown to the general public, there are chaotic societies filled with magic, supernatural creatures, and other beings trying to establish themselves in the enchanted world and to promote their self interests regardless of the conflict that ensues. Meanwhile, many of the responsible magic practitioners do their best to shield the Ungifted from the reality of their existence to avoid a modern day witch hunt.  It is in everyone's best interest not to draw attention to their mystical world.

In Wicked Pacts players create magic users from various types of blood lines, from Pure blooded, half-blooded, Angel blooded, or Demon Blooded. Furthermore, there are a wide variety of magic training thus forging them into an archetype they can pick from in the game. Wicked Pacts features Talents, Complications, and a ton of Spells.

The game mechanics are designed to be fast and easy to learn, but not too easy it waters down the play and detail of the action. Wicked Pacts uses the regular polyhedral dice set and also what we call our Tarot Card element. Each character is linked to an Arcana card in a Tarot Deck. This card and many other cards can be used as fuel for the GM or the Player to affect various elements in the storytelling. 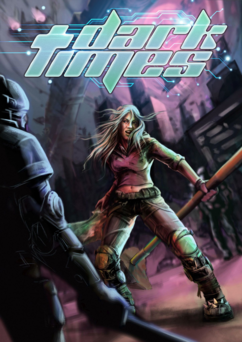 Pirates of a Shattered World-Hardcover/PDF -USA Shipping only

Currently out of Print. For PDF go directly to Drivethrurpg.com 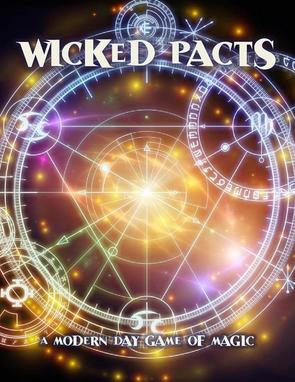 Renard knew he was screwed, left holding the bag…literally. Yesterday he was told by his Captain he would be with a thieving party that would stick it to those Elven bastards. He was told the job was easy. Should have known better. Anytime someone goes out of their way to tell you it’s easy, 9 times out of 10 it isn’t. Now he was the only one alive out of the “thieving party”.

First thing was first, Renard had to escape this face off against 4 Elyrian guards. The Elves as most people call them are a cold bunch of bastards. Both sides stared at each other measuring each of their worth and potential skill. The Elyrians quietly talked among themselves almost cautious in case he understood them.

Renard had no idea what the pointy ear bastards were saying. Each sides knuckle became white as they tightened their grips on their swords. With his cutlass in his primary hand and a loaded pipe pistol in the other, Renard yelled with as much fury as he could muster, fired his pistol at the biggest one and charged the group.

Pirates of a Shattered World is a unique mix of many things. Part Fantasy, part post-apocalypse, part sci fi, part pirate adventure, it offers a great blend of each of these things. This is the newest release from The Polyhedral Knights, is a unique twist on the post-apocalyptic fantasy genre. Taking place in the Fractured Sea---an archipelago filled with monsters and wreckage from the second apocalypse---it puts PCs in the roles of explorers, swashbucklers, science-mages, and brigands in a world of gunpowder, sorcery, altered beasts, and haunted ruins beneath the waves.

The gameplay in Pirates is fast and pulpy. Build your characters using Archetypes like Sailor, Mystic, Science Mage, or Courtier (among others) and races like Iguana Hybrid, Hobgoblin,
Mutant, and Elyrian, then dig into the mechanics with a host of Attributes, Skills, Talents, Combat Techniques, and Spells to flesh them out how you want.


Welcome to the Fractured Seas.

Spy   is our first produced game. It is a modern day spy game of action and espionage. The rules are easy and fast to learn yet filled with versatility and action.  Players create agents for a covert organization called "The Factory".  This organization recruits from all walks of life- military, civilian and even the criminal underworld. 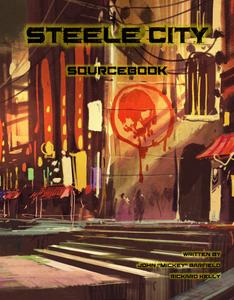 This is the world of Dark Times: a tabletop roleplaying game about superheroes in the corporate slum that has swallowed up most of the United States. Twenty six years ago a man named Dr. Anton Valasakis changed everything with the discovery of a gene that unlocked superhuman abilities.  By this time Prometheus Medical was already a powerful corporation and had its hooks deep in controlling many politicians. Many large corporations, seeing the potential in customized superhuman technology, were now in a race to have their own Enhanced on their payroll. These laboratory creations were treated as slaves and many fled their masters, hiding in the slums. Some of the ones that got away even had kids.
By now the laws had been warped to protect the rights of the corporations and their “investments” and not the people. In Dark Times, players work together with their powers, protect their people, and build their community, all under the shadow of a corporation that has replaced the government and seeks to enslave them since they are viewed as “company property”. 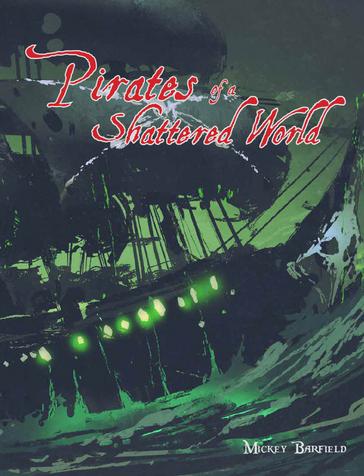 Sixteen years of inter-corporate warfare followed. By the end of it, the human population of the Fractured States of America had withdrawn into select, over-crowded cities, huddling amidst concrete and the wash of neon while their corporate betters remade society in a new image.

Steele City is the ruins of an industrialist's dream. Contained in this book is a full guide to Steele City, including it's factions, districts and locales, as well as a thorough stockpile of plot hooks. NPC's and actionable rumors.